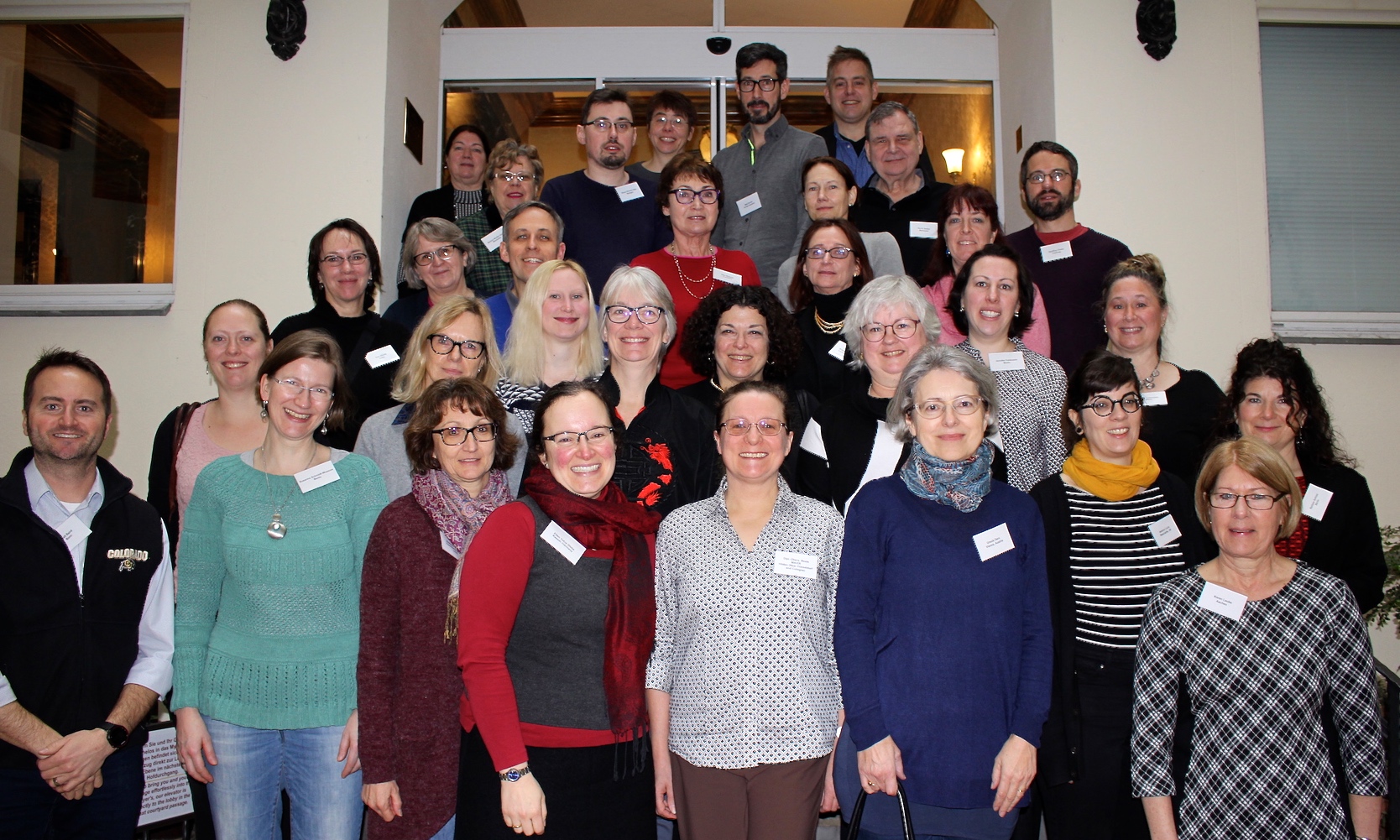 GLD members gathered in the homeland’s capital for their 5th annual workshop to network, talk shop, and explore the city.

After wandering about in the southern half of the country—from Mainz (twice) to Munich to Karlsruhe—it was time to head north. Berlin was the obvious choice: not only is it one of the country’s most popular tourist destinations, it is also home to 8 members of the GLD Europe clan. Well, that and the fact that two members (Kate Abbott and Penina Scher), who live in the city, volunteered to help organize things on the ground.

It was certainly the right choice: A record number of 35 GLD members from a record number of 6 countries registered for the event. Apart from Germany, members came from Austria, Czech Republic, France, the UK, and the US. Washington State-based Hilary Higgins travelled the farthest, integrating the workshop into a trip to visit clients and friends.

The fifth annual GLD workshop and seventh annual gathering of GLD members in Europe was held on February 3, 2018, at the four-star Myer’s Hotel in the city’s Prenzlauer Berg neighborhood. Located on a quiet street, the boutique hotel provided a relaxed atmosphere, while its central location near Alexanderplatz made it easy to reach. For the second year in a row, workshop organizers Karen Leube and yours truly, booked a guest speaker to enhance the day’s educational offering. German-English translator and B2B copywriter, Matt Bulow, gave a thought-provoking talk entitled Style in the Age of Digitalization.

After lunch we were treated to four breakout sessions. In the first hour, Jeanette Brickner led a translation workshop while Annette Wellmann talked about the nuts and bolts of translator AGBs and website Impressums. After a coffee break, participants chose between learning tricks for working with PDFs from Steffen Cambon and joining discussion on translator websites moderated by Jessica Lucio. While snapping photos of those two sessions, I got to learn little about both.

The weekend was rounded off by a tour of the Nikolaivertel and dinner on Friday, tasty tapas and Spanish wine on Saturday night, and a walk through the dunkle Welten of a World War II air-raid shelter. What more could you ask for?

Check out the hashtag #GLDinBerlin on Twitter or Facebook to see what you missed and stay tuned for information on next year.