Treating Language as a Strength: The Benefits of Bilingualism

I recently came across an interesting article on how bilingualism assists cognitive development. The article was written by 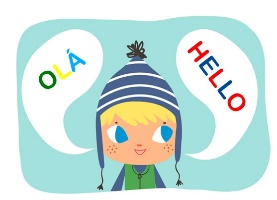 Prof. Zuckermanm, a Professor of Linguistics and endangered languages at the University of Adelaide, Australia. The article explained how being bilingual had its mental health benefits. Over the years, I’ve heard and read about many studies proving that being bilingual can benefit ones health. As if to support these findings, much research suggest that bilingualism can delay the onset of Dementia and Alzheimer’s disease as one example. The articles include that there are additional benefits of being bilingual such as a faster stroke recovery, lower stress levels, to name a few. In fact, people who are natively bilingual actually get dementia 4.5 years later than if you were monolingual. In an age where mental wellbeing is considered a virtue and a way of life, this fact was quite inspiring as a bilingual professional and encouraging. The tedious mental struggles I have on a daily basis proved that it had not passed in vain. Another interesting fact I learned, which comes the second point has to do with concentration. The articles explains, for example, if you were natively bilingual, and you are working in a construction site or noise, the situation were you being interviewed, or giving a talk, or working at the office etc., it’s more likely you as a bilingual are able to concentrate on what you are doing better or/and staying on point with the topic. This has to do with auditory concentration. The final and third point is that you are more cognitively smarter than if you were, yourself a monolingual. Ellen Bialystok and Michelle Martin Rhee at York University in Toronto found that bilingual preschoolers have greater cognitive flexibility—in other words, a superior ability to deal with conflicting visual and verbal information. In other words, young bilingual children show more awareness of how language works and have better social interaction skills.

There are also cultural benefits of bilingualism. For immigrant families and communities, raising bilingual children who can speak the language of their family and friends back in their country of origin preserves important relationships, traditions, and identity. At the same time, highly developed English skills provide the ability to participate fully in “mainstream” American life. For families who speak English at home, developing a high level of proficiency in another language opens doors to other ways of thinking about the world and the possibility of relationships with people in other communities and other countries. It’s no surprise that parents are increasingly asking for bilingual education and that there are waiting lists to get into bilingual programs in some public schools.

Have you ever heard the bilingual quote “To have another language is to possess a second soul” by Charlemagne? One of the benefits of being bilingual can mean that you see the world in different ways. Some even say that speaking two different languages can sometimes feel like having two different personalities. Bilinguals are used to constant change. This means that they are usually less affected by changes in the environment, and more open minded to new things and new experiences, because they have more than one view of the world already.

Of course you can get around many countries without speaking the language. However, think of how much more you can experience if you speak the local language of the place you are visiting. No need for a phrase book or a translation app on the phone. Being able to communicate with the locals and immerse yourself in the language and culture can make your travel experience so much more enjoyable.

Bilinguals can make friends in more than one language meaning more opportunities to meet new people, and enjoy different hobbies and activities. Being able to communicate with people from other cultures is a huge social advantage and can open up so many more doors in life. Speaking a second language has numerous employment benefits. Being bilingual means that there are more job opportunities depending on which languages you speak. An amazing benefit of being bilingual is that you can learn additional languages more easily that monolinguals. This is because language skills reinforce each other. So if you have learned a second language already, then learning a third means transferring those skills over.

One of the biggest misconceptions is that bilingualism is a rare phenomenon. But, in fact being bilingual means you are NOT the minority.  More than half the world speaks more than one language on a daily basis. In many countries around the world, bilingualism is actually considered the norm, and I’m sure it won’t be long until the rest of the world catches on. Everyone should have the chance to learn a second language and reap the benefits of being bilingual.